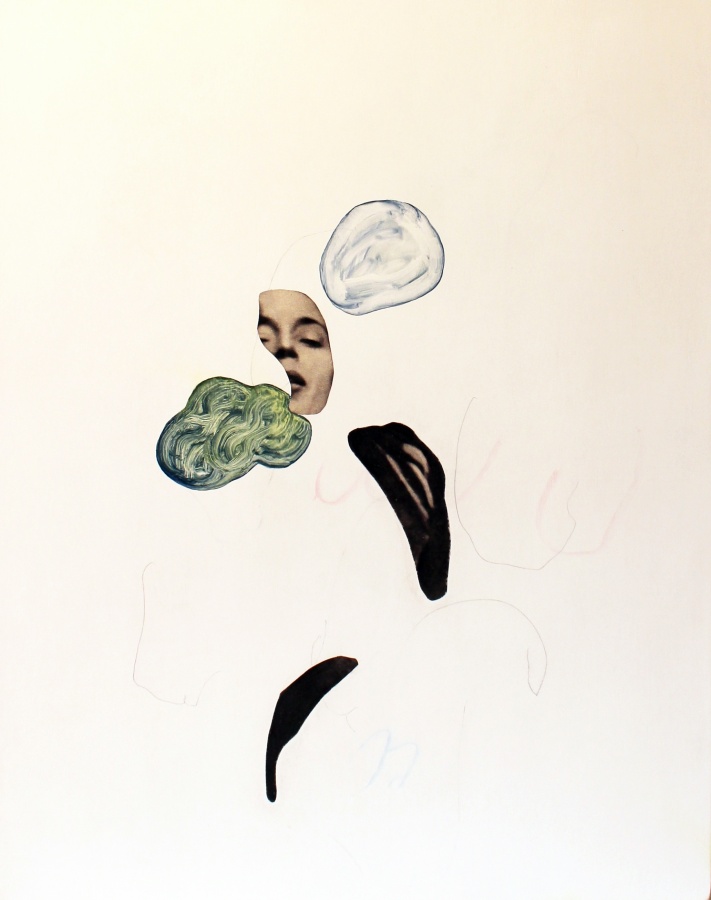 Anti-Mass is a new body of work from Hughes, extending her ongoing preoccupation with the boundaries between sculptural installation, musical composition and performance. Presenting a series of works on gessoed board, Hughes presents a series of image clusters that function as compositional devices both within themselves, their collective groupings and the exhibition space. Hughes has been investigating the delicate interrelated languages between different forms of composition for a number of years, focusing on key compositional strategies such as placement, interrelation, and arrangement, often transposing the linguistic tropes of musical notation and instruction into the language of collage and sculpture.

In Anti-Mass the images are stripped back, almost to the point where they function like transparencies, embracing crossovers between figure / ground, sound / silence.

The work is pseudo-linguistic, diagrammatic, painterly, and makes reference to Hughes’ longstanding use of collage. The images contain fragments of line and noise, coalesced ‘phrases’, or representations, and use methods of erasure and re-application to hollow out brushstrokes in order to capture how forms of sound occupy duration, space, and surface.

Sarah Hughes is a British artist, composer and performer with a long standing interest in alternative modes of living, creative agency, and acts of resistance. Her work explores the boundaries of interdisciplinary practice, often moving between sculpture, installation, composition and music. Hughes is a co-founder of Compost and Height, a curatorial platform that focuses on new music and composition. She is also co-editor of the new music journal Wolf Notes, and co-founder of BORE, a publication dedicated to experimental text-based and graphic scores.

Hughes’s work has been exhibited and performed internationally, including at South London Gallery, Cass Sculpture Foundation, Supplement, London; V22, London; Sydney Non Objective, Australia, and Oriel Davies, Wales. Her compositions have been performed by Apartment House, Dog Star Orchestra, a.pe.ri.od.ic ensemble, The Set Ensemble, as well as festivals including the London Contemporary Music Festival and Music We'd Like To Hear, London. Realisations of her compositions have been published by Another Timbre Records, Suppedaneum, Consumer Waste Records and Reductive Music.

Hughes was the Sound and Music Embedded composer-in-residence at South London Gallery 2015-16.

DNK Days 2018 is supported by AFK, FPK and Mondriaan Fonds 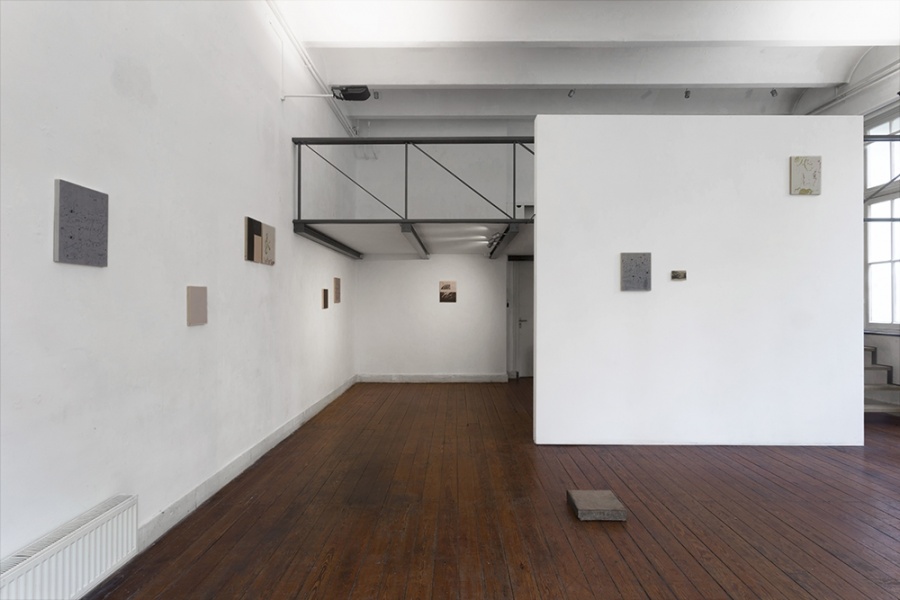 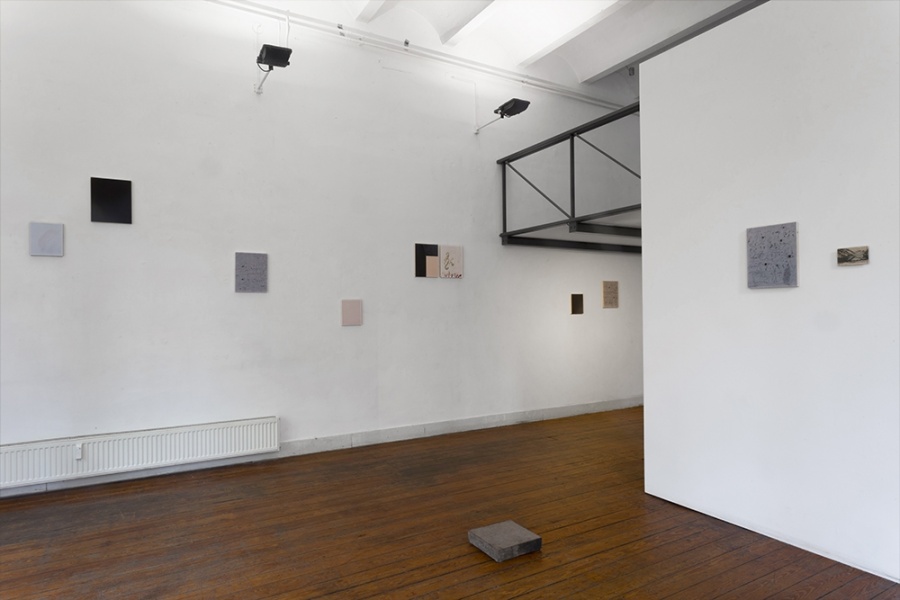 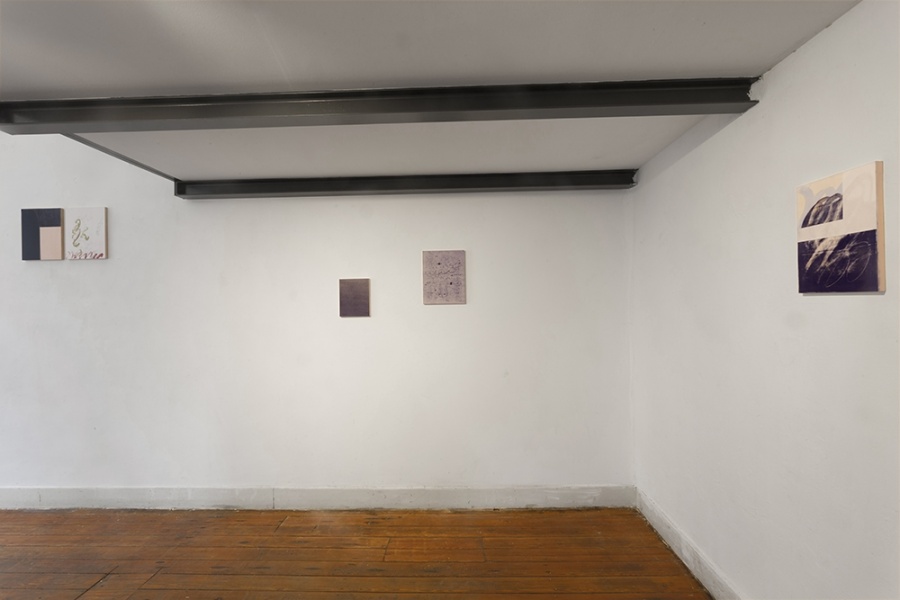 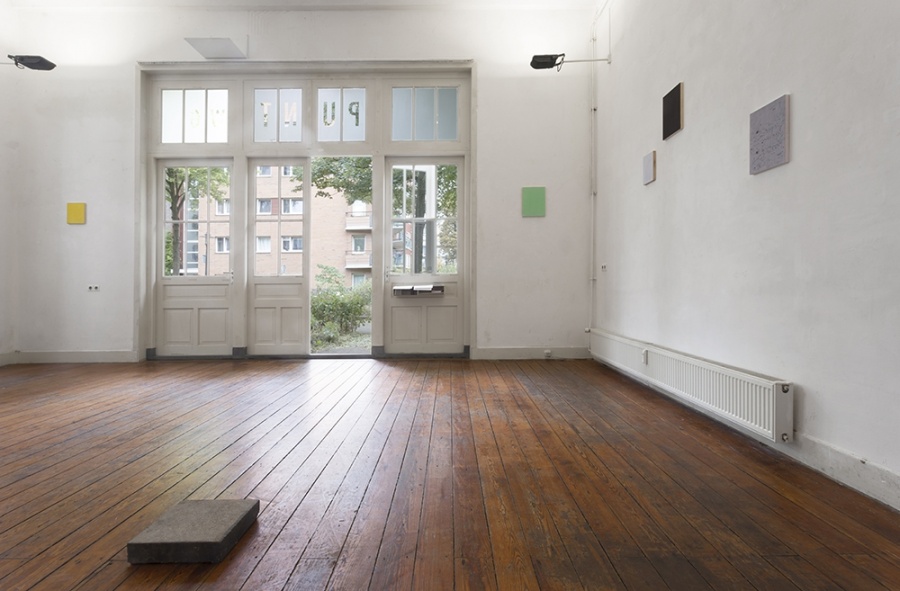 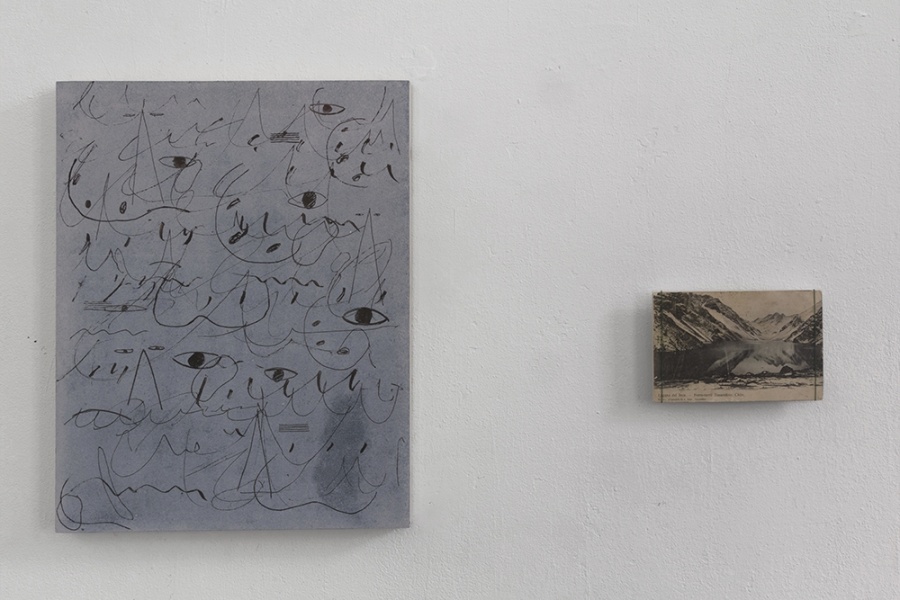