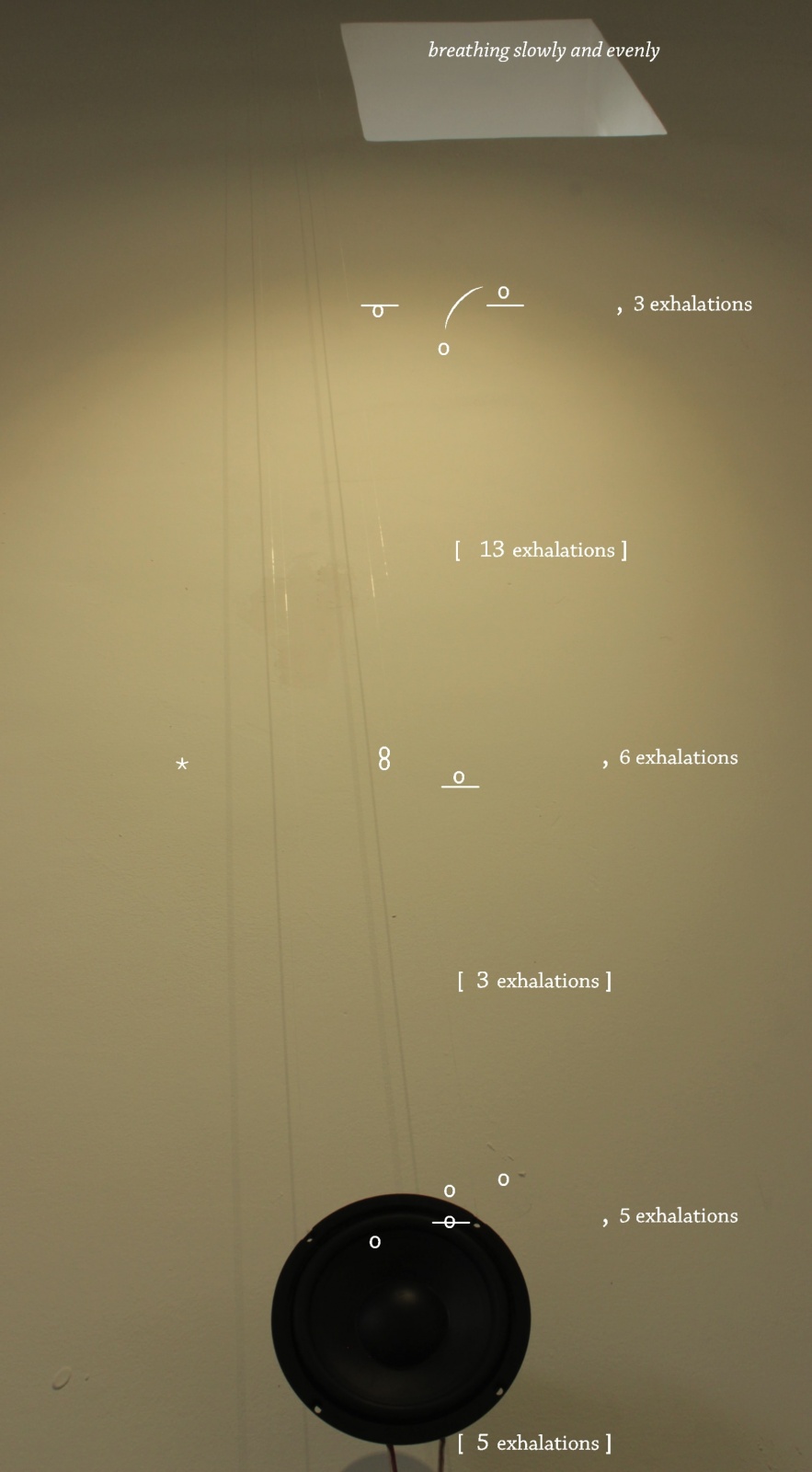 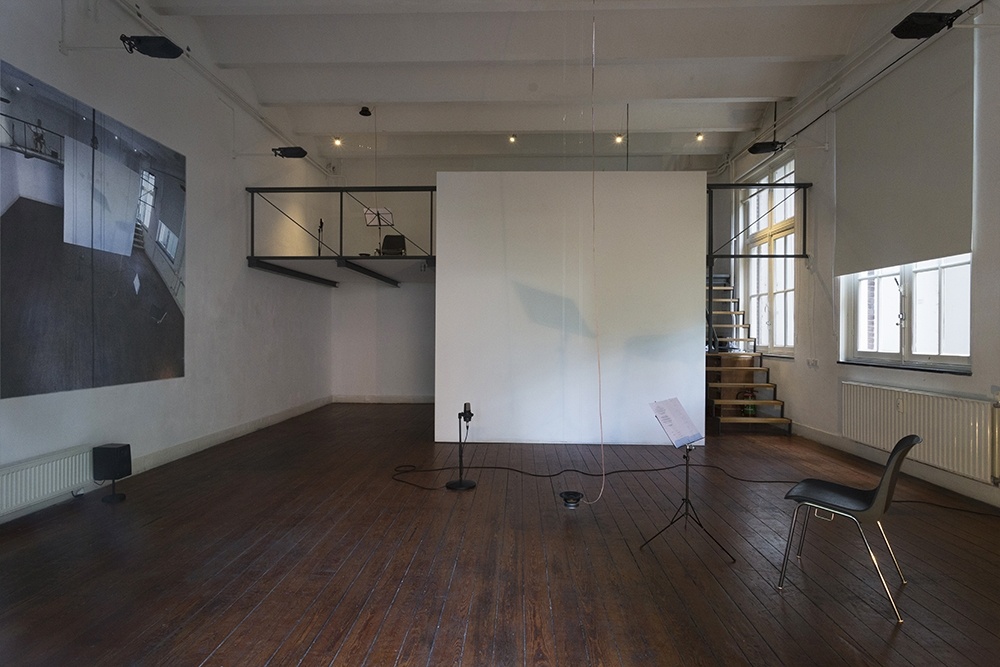 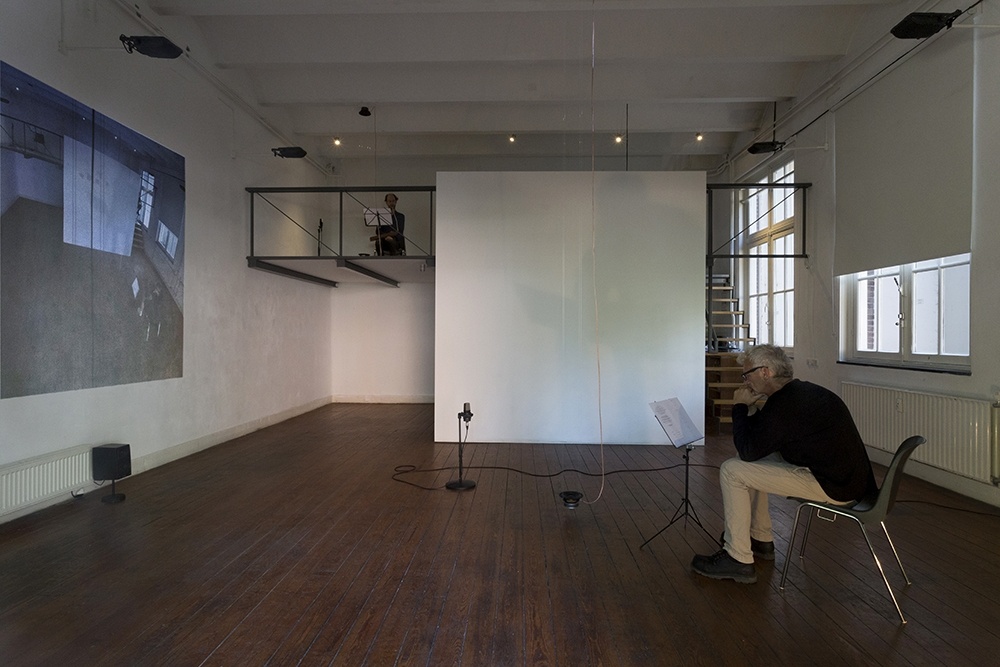 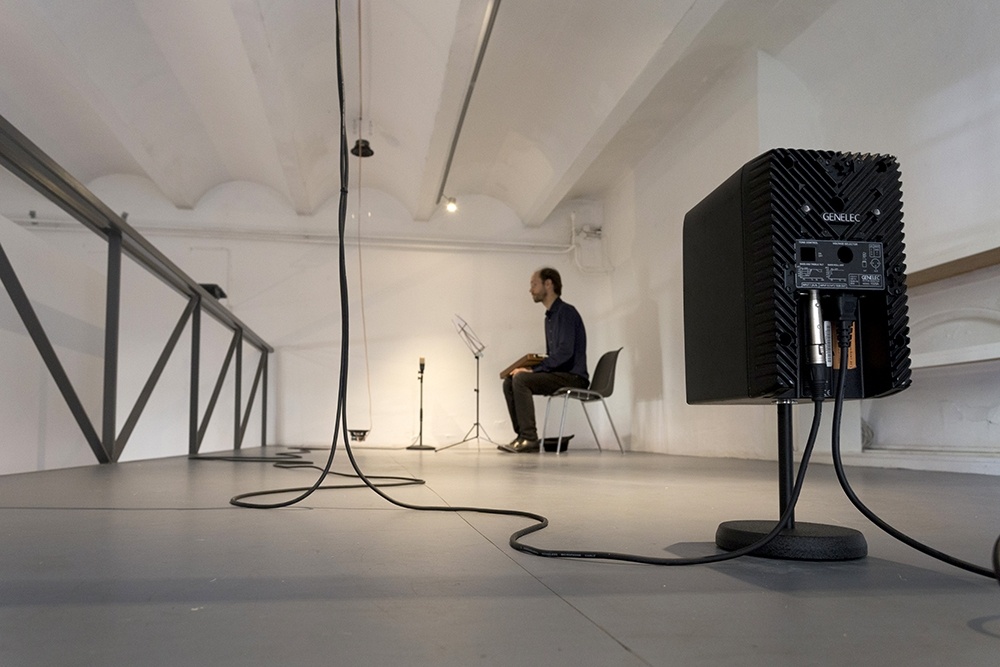 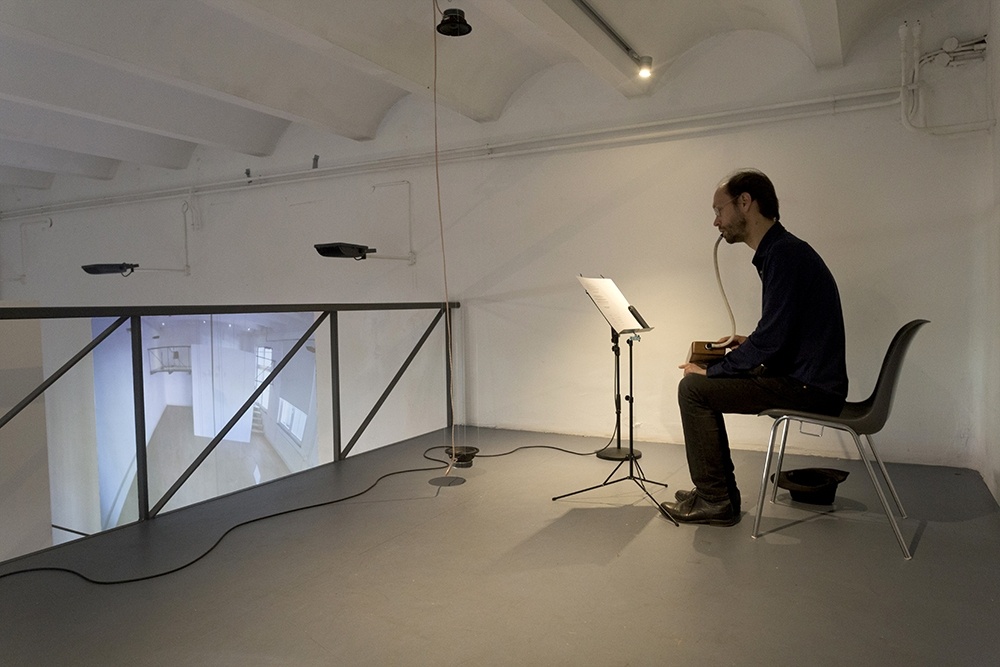 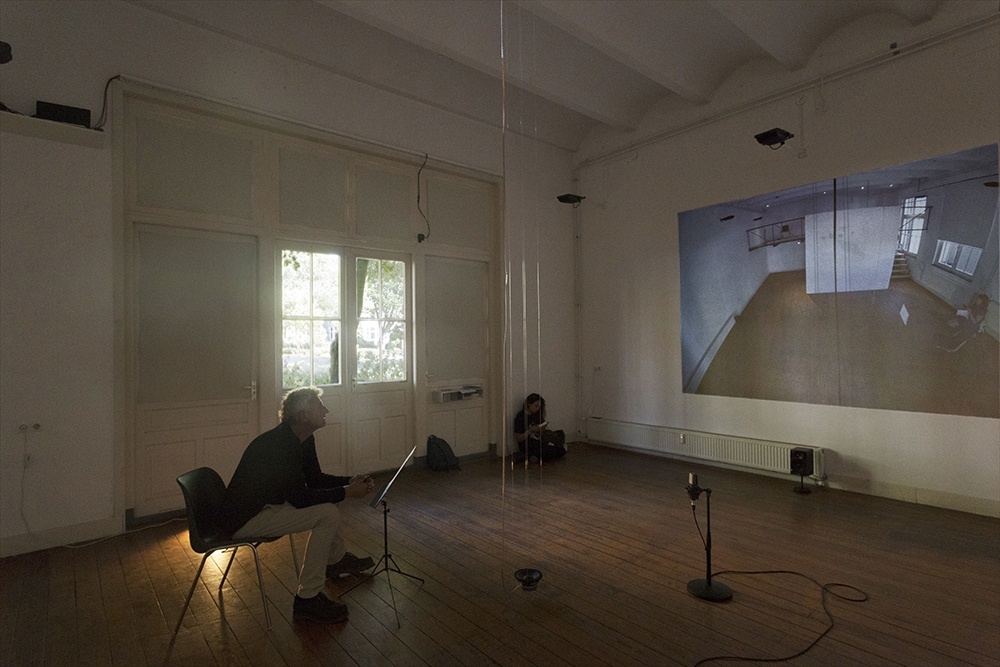 one site, counting is an experimental setting fusing aspects of Martijn Tellinga’s earlier investigations into self evolving durational pieces and resonance tuning. The piece is the result of his pondering over questions of the musicality of space and spatial animation of musical matter, as well as his ongoing interest in how experience of place and surrounding comes about through resonance. one site, counting attempts to explore resonance of site as an oscillation caused between acoustic properties, narrative structure and musical interpretation.

Following a partly poetic, partly scientific reading of the acoustic signature of a given space, resonances are made palpable as an extension of its architecture. Carefully mounted speaker drivers projecting electronic pure waves at resonant frequencies, cause the room to naturally amplify the tones and hum at its intrinsic pitches in response. In this slowly shifting acoustical space, highly position-specific occurrences are situated.

The installation seeks to make the sensorial traversable as a performative plane as well, including the resonant frequencies into a score as reference points for acoustic musicians that visit the gallery on a daily basis, unscheduled and unannounced. Guided by the specific harmonic bearing of their instrument, they will perform open geometries of quiet sustained pitches hovering around the resonant tones, drawing spatial musical gestures that instill body and location into the inching sounding space.

Following a similar self-organising routine, the unfolding of the installation is captured on video. Fragments selected from an expanding archive of documentation are played back into the space, expanding the visual and acoustic narrative of the piece as it takes place.

Martijn Tellinga (1974, Netherlands) is an artist, composer and occasional performer. His practice enfolds elements of concert, installation and performance art. Drawn from a reduced formalist-seeming vocabulary, his work centers on the exploration of sound & listening to express ideas of space, place and process: their reciprocal production, contextual intertwining, and potential as a perceptual, performative and social medium. It includes a wide variety of conceptual actions and chance operations, probing the emergent field between intended and accidental occurrences.

Engaged with the formative principles of music, his instrumental scores commonly propose intuitive bending of (music) systems through open-ended and rule-based instructions that provide performers with a template for listening, acting and interacting.

He performs and exhibits his work worldwide, lectures and works in residence. Over the past 3 years, he has articulated his artistic research through the development of courses focussing on the spatial, processual and environmental modalities of sound informed practices. This led to a visiting professorship at the Central Academy of Fine Arts in Beijing and ArtEZ Academy in Arnhem, and intensive courses at the Modern Academy in Hong Kong and Museo Ex Teresa Arte Actual in Mexico City.

He is currently a Fiosraigh PhD candidate at the Graduate School of Creative Arts and Media in Dublin.

DNK Days 2018 is supported by AFK, FPK and Mondriaan Fonds