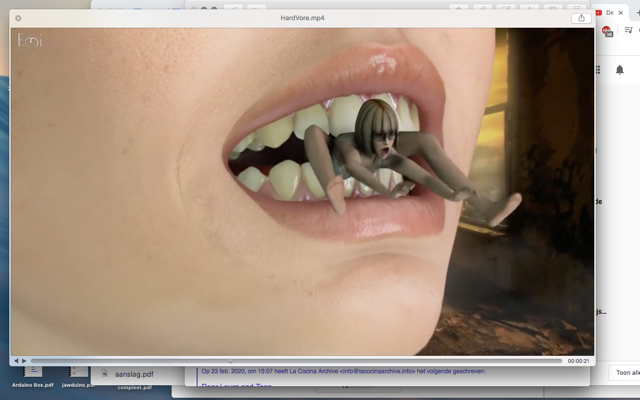 Not LESS-MATERIAL marks the opening of the festival ‘A Matter of (In)digestions’ organised by La Cocina in different venues in Amsterdam in October-November 2020. With the festival, we want to call attention to what we tend to take for granted – that is, what we consume –, and highlight some of the socio-political, historical and cultural intersections that consumption implies. What do our appetites tell us about taste and infrastructure, crops and identity, recipes and botanics?

Toon Fibbe & Laura Wiedijk sound installation, To Stick My Head Into Your Mouth and Lick Your Tongue, elaborates on the phenomenon of Vorarephilia: the desire and fetish of being swallowed up in one piece. Unable to fulfill such a desire, vorarephiles perform their fantasy by way of collective fiction. Bewitched by fear and excitement, a question arises: Is the desire to dissolve into something larger than oneself a form of surrender, or is it a courageous attempt to oppose the pervasive force of hyper-individualism?

Alluding in her title to the process of diluting a substance in a homeopathic preparation, Céline Mathieu presents 7 CH (Airwaves, Person, Flowers, Homeopathy, Technics SL-1200, Test Press of ‘Blusens Fasong’ by Gaute Granli): a series of liminal gestures that explore, through sound and space interventions, the invisible ‘effect’ of the act of feeding – be it mind or space.

Maxim Tyminko presents an iteration of his installation and performance Drum-n-Pix, Pixeltrance or Expressionistic Minimalism on a Sub-pixel Level, in which he delves into Vernor Vinge’s utopian/dystopian concept of technological singularity: a moment when machine intelligence surpasses the cognitive capacities of the human brain. Exploring the process of digesting visual data, the piece is an inquiry into the logic behind A.I. image analysis that evolves into a psychedelic experience of repetitive rhythmic audiovisual patterns.

Check the full program of ‘A Matter of (In)digestions’ HERE. As part of the festival, the artists also produced online works that are published on La Cocina’s website:

Performance as Text: Neuroplasticity by Céline Mathieu.
I Want to Be Eaten by Celebrities by Toon Fibbe and Laura Wiedijk.
A Musical Piece for Marimba and One Million Colored Squares by Maxim Tyminko.

‘A Matter of (In)digestion’ is supported by the Amsterdam Fonds voor de Kunst, the Prins Bernhard Cultuurfonds and the French Institute in the Netherlands.

The performance will be streamed: more info to come. 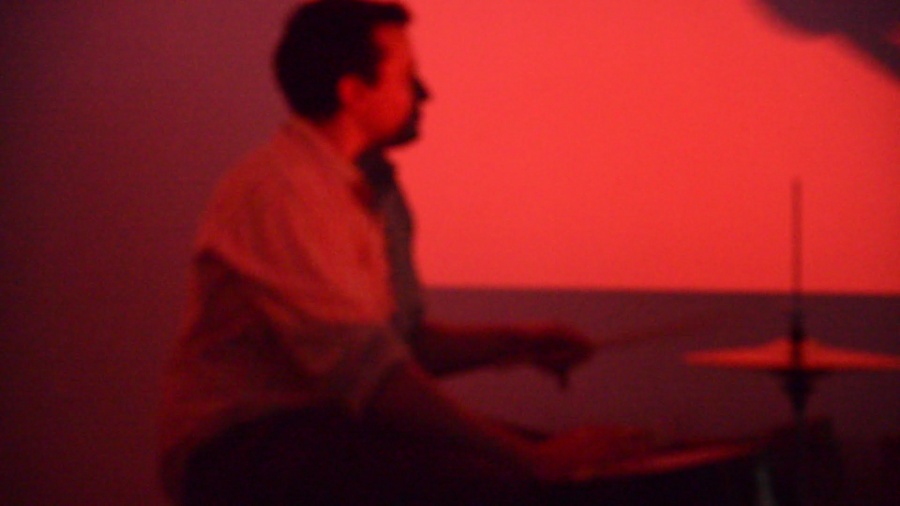