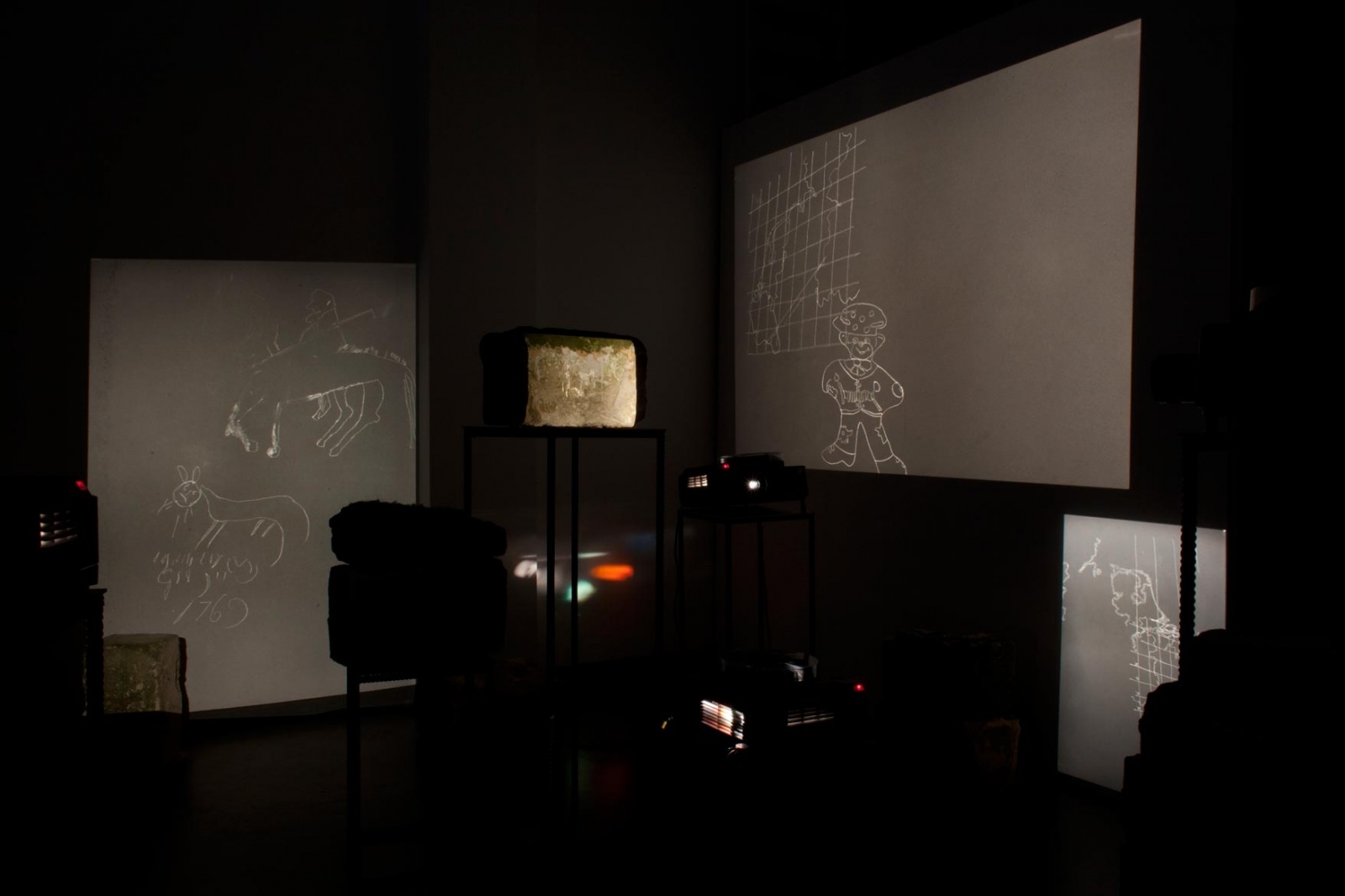 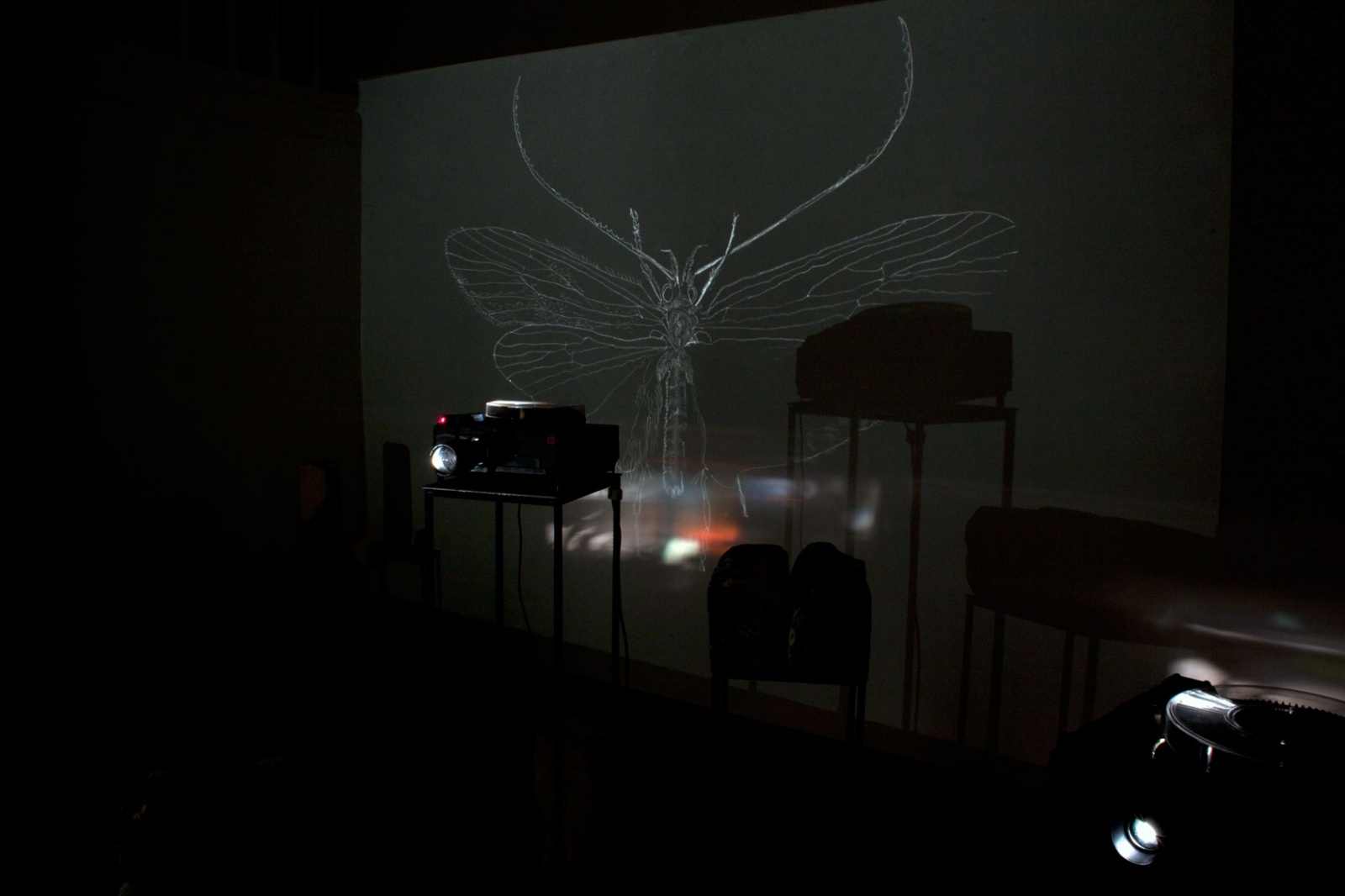 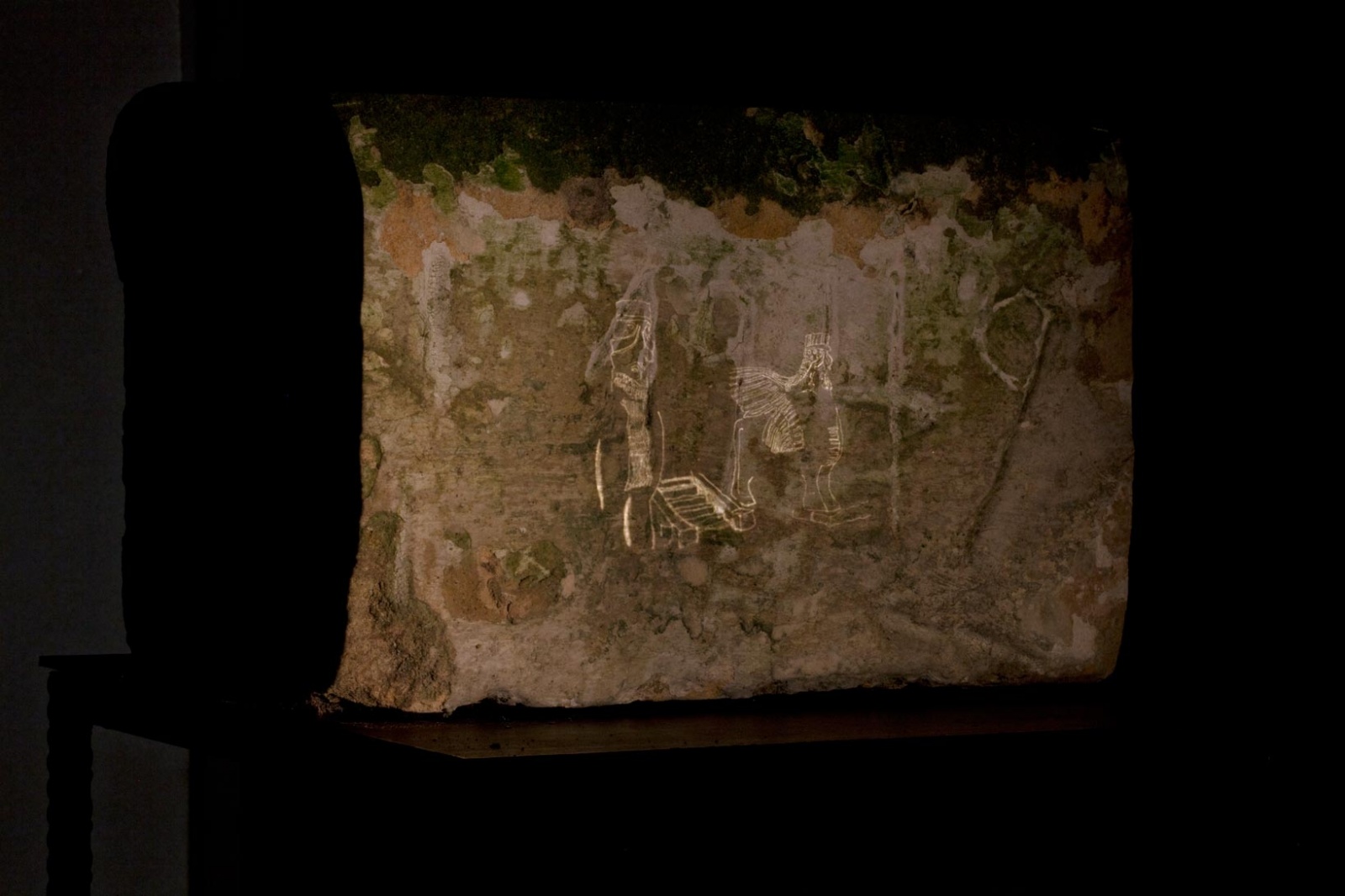 The exhibition Sedimentation of Memory  of Kristina Benjocki collapses visual narratives based on historical and geological findings related to Cannerberg, a cavernous hill located between the Dutch and Belgian border. From Neolithic times, continuous mining of flint nodules and later limestone created a complex network of underground tunnels around the Caesert plateau. In Limburg province, these hand cut tunnels are commonly referred to as “the caves” while hills are often referred to as “the mountains.” Cannerberg bears traces from various histories: from Neolithic times to World War II, the Cold War and the Maastricht treaty - considered as the beginning of the European Union. Sedimentation of Memory is an introduction to Portrait of a Mountain, a long-term research project that will result in a video essay and a book (2015-2018).

Sedimentation of Memory is an installation with five Kodak carrousel projectors and lime stone blocks, duration 8 minutes looped, 2017. It combines technology, visual and material remnants of the time that has passed and of the location.

The project draws from a variety of sources from private and public archives, tracing characters as they surface from different mediums: black-and-white or color photographs, VHS tapes, scanned documents, natural history books, military brochures, tourist guides or the most recent unclassified records from the NATO archive in Brussels.

The exhibition is open every saturday and sunday from 14 untill 18 o'clock.

This project is supported by the AFK (Amsterdam Fund for the Arts) and the Werner Mantz Lab.

Kristina Benjocki was born in Zrenjanin, Yugoslavia. Her research based practice focuses on the investigation of historical and cultural revisionism seen as political mechanisms of forgetting and remembering in the context of the former east and west. She was a researcher at the Jan van Eyck Academy, her most recent exhibitions include Please empty your wallets at the Museum of Modern and Contemporary Art in Rjeka (HR), Social Contract at Izolyatsia in Kiev (UA), Dmitrije Bašičević Mangelos Award at Remont art gallery in Belgrade (RS), Resolution 827 at Stedelijk Museum Bureau Amsterdam in Amsterdam (NL), Excude/Include at Castrum Peregrini in Amsterdam (NL), This is the Time. This is the Record of the Time at AUB gallery in Beirut (LB) and Stedelijk Museum Bureau in Amsterdam (NL) amongst others.